The Climate In Mauritius

The climate in Mauritius is very humid and divided into two seasons. Mauritius being in the southern hemisphere, summer and winter months are opposite to those of Europe. Temperatures are usually 3°C to 5°C higher in the coastal regions, compared to the Central Plateau, which is 670 metres above sea level. The Central Plateau usually receives more rains than the coastal regions. 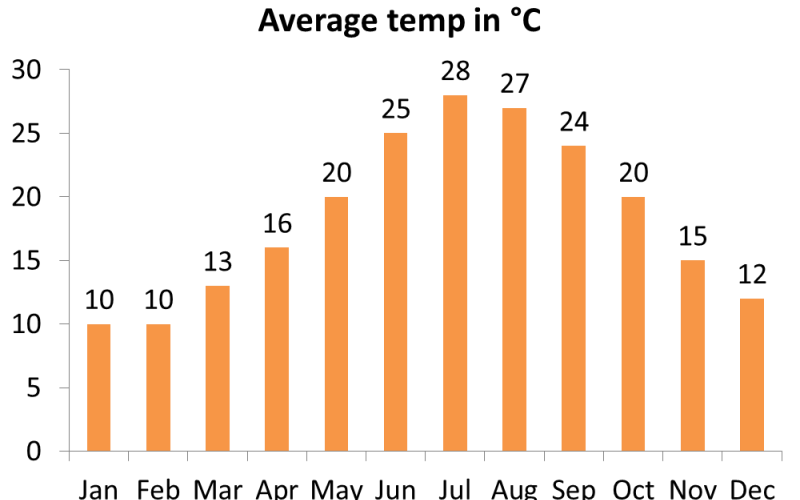 “Mauritius enjoys a mild tropical maritime climate throughout the year. The country has two seasons: a warm humid summer extending from November to April and a relatively cool dry winter from June to September. The month of October and May are commonly known as the transition months.” 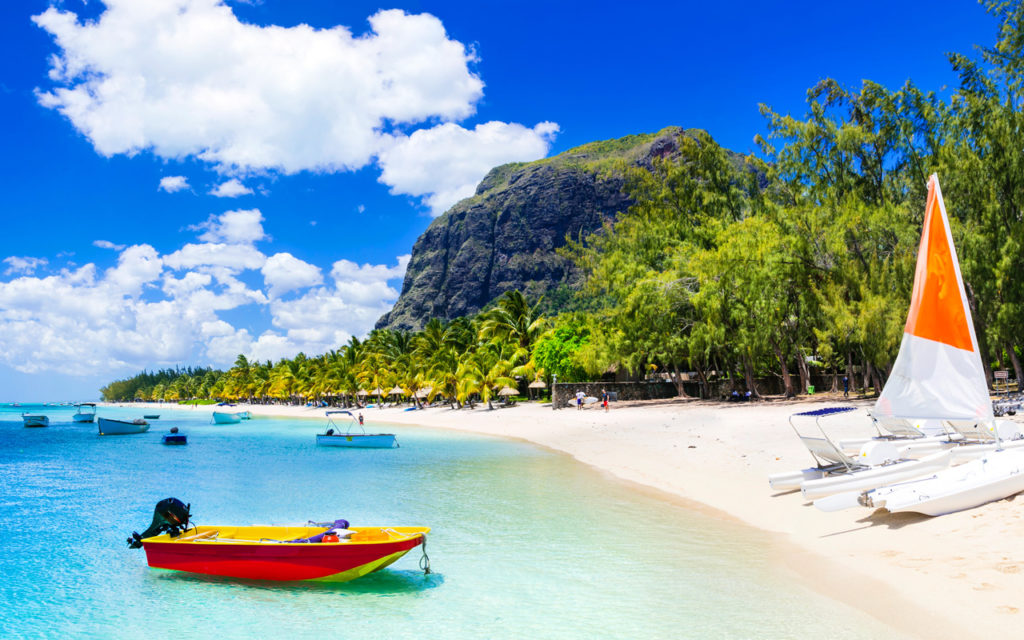 Summer lasts from November to April, with an average temperature of 33°C on the coast and 28°C on the Central Plateau, though peaks in temperatures usually occur from December to February. The rainy season occurs in summer in February-March.
Summer is also the period when cyclones may visit the island, from December to April.
A strong cyclone will affect the vegetation, wooden or corrugated iron sheet houses. Hotels are equipped to offer comfort and security to customers during a cyclone. Deep sea fishing is ideally done from October to April, whereas scuba diving is more suitable from December to March. 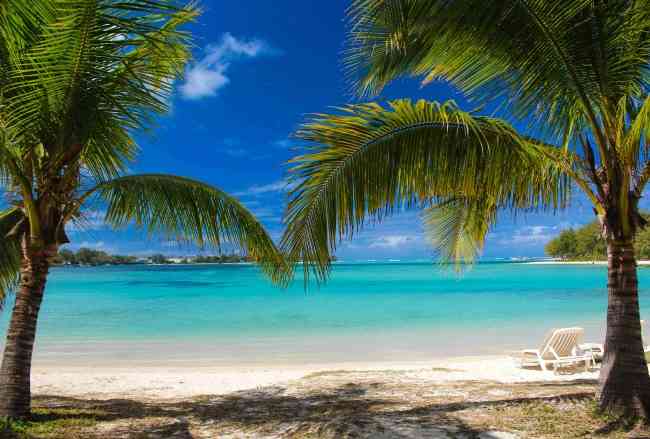 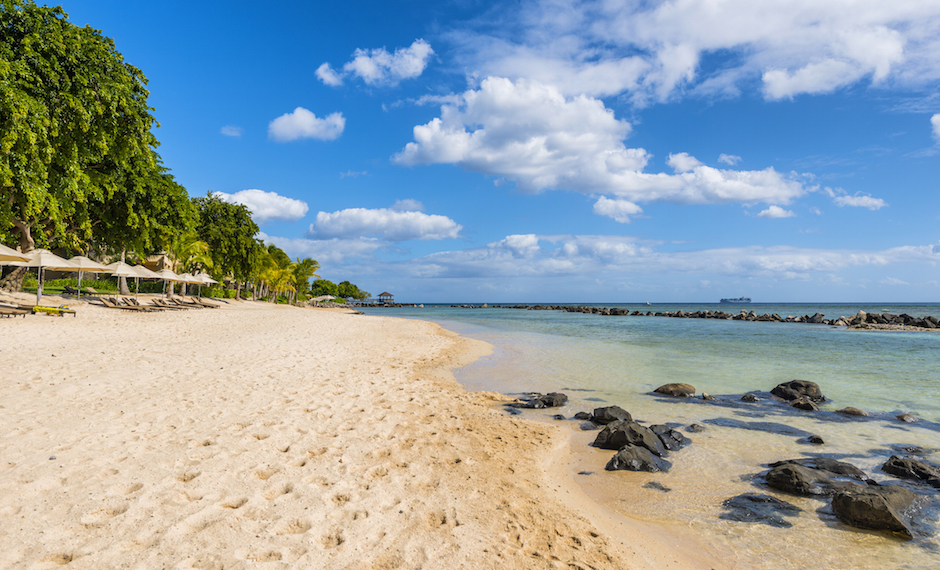 Winter lasts from May to October, with an average temperature of 24°C in the coastal regions, and 19°C on the Central Plateau.

The lowest temperatures will however be felt in August with an average coastal temperature of 20°C. Winter is also marked by the winds blowing from the South East onshore. The Eastern region thus experiences strong winds in winter. June to August is the best period for surfing.

In Mauritius, education is mandatory for students up to the age of 16, and is free from primary to secondary level and is compulsory for all students up to the age of 16. Public schools (referred to as Government schools in Mauritius) follow the British system of education, while private primary and secondary schools tend to follow the International Baccalaureate programme or the French Education System. 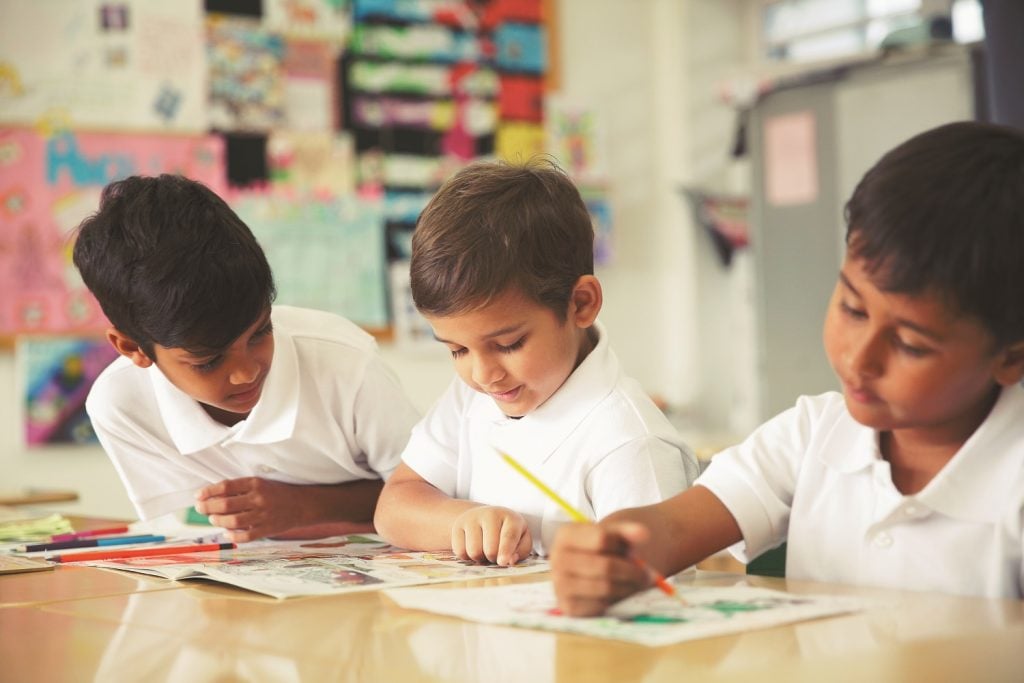 “Do not train children to learning by force and harshness, but direct them to it by what amuses their minds, so that you may be better able to discover with accuracy the peculiar bent of the genius of each.“
~Plato

The schooling system in Mauritius is divided into three levels: primary, secondary, and tertiary. Uniforms are usually mandatory in all schools, except in French schools.

The school system in Mauritius is heavily based on the British schooling system, and thus the standard of education is quite high and challenging. As of 2017, the pass rate under the British system (HSC Exams) was 75.46%.

Scholarships for undergraduate studies are offered to the best students with the best grades from the government, in allocated fields (science, languages, technology, economics). Scholarships are available to those wishing to study in Mauritius but also abroad, such as the COMESA Media Journalism Award, World Bank Group Africa Fellowship Program, and the SBM Undergraduate Scholarship. 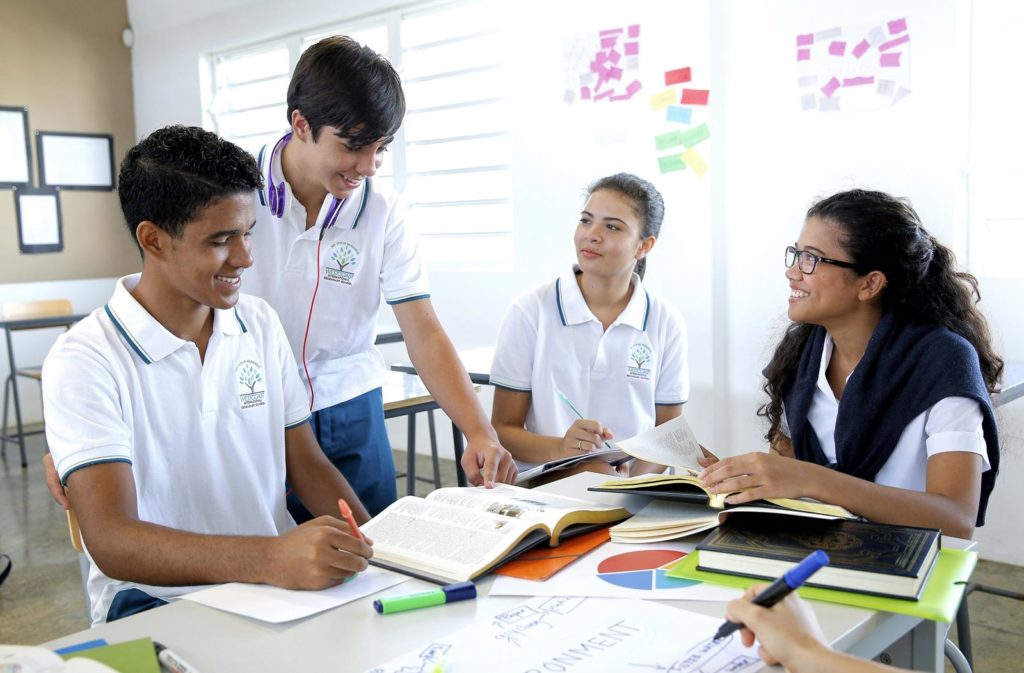 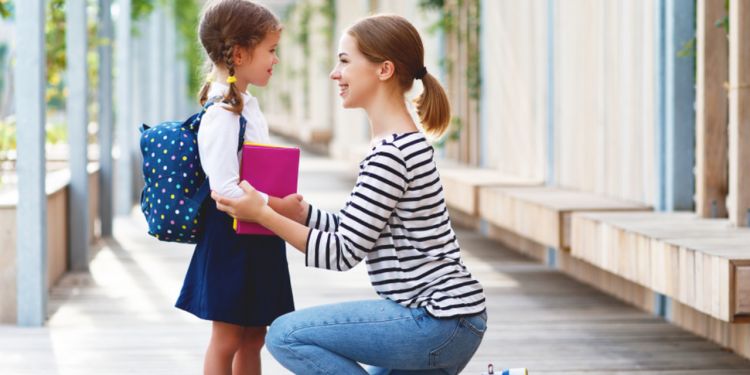 English is the official language of Mauritius, and therefore most courses are in English as from the primary level, meaning that most Mauritian students are at the very least bilingual by secondary school.

Children of expatriates who are enrolled in the Mauritian education system usually benefit from refresher courses which are provided by the school, or they have the option of taking private tuition. International schools are privately operated, and entry is subject to registration and tuition fees, which tend to be high. 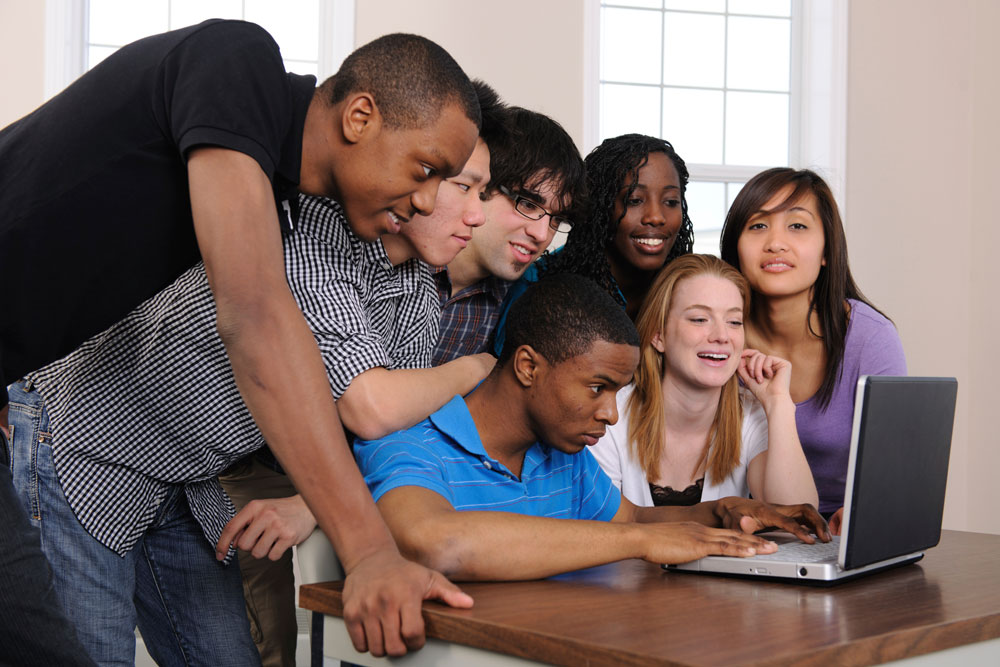 “The beautiful thing about learning is that no one can take it away from you.“
~B.B. King 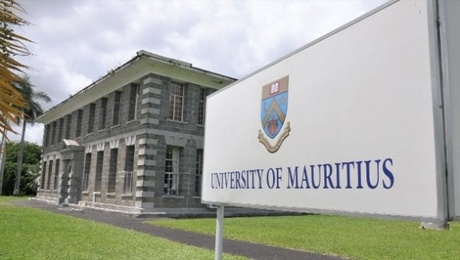 Mauritius offers a high-quality education, which is the reason there are quite a few international students attending Mauritius’ tertiary education institutions. 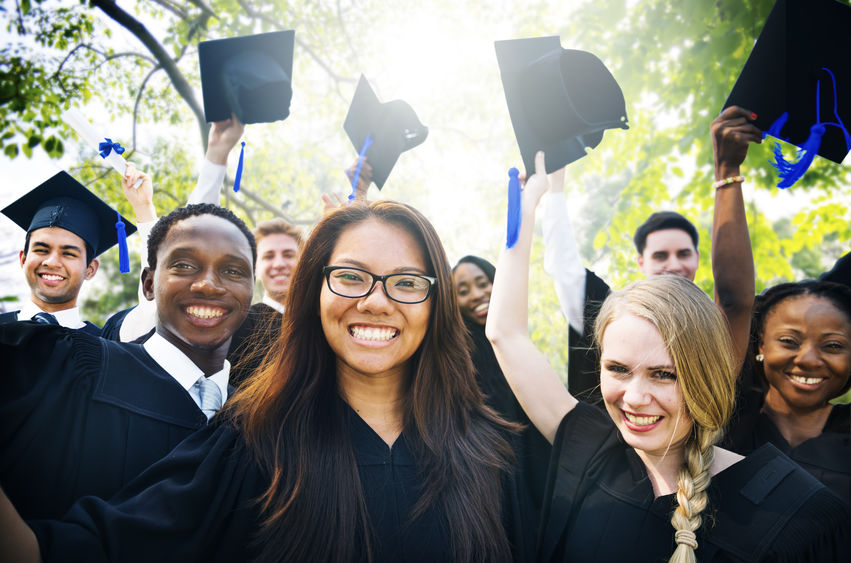 Middlesex University
Officially opened in Mauritius in 2010, Middlesex University has expanded with a new campus in October 2017 in Cascavelle on the west coast of the island. Middlesex offers both undergraduate and postgraduate programmes, including Accounting and Finance, Computing, Advertising and Media, Business, Education, Law, Public Relations, Psychology and Counselling, and IT. Some of its programmes even allow for students to study in other Middlesex campuses abroad for one year or more. The Middlesex Mauritius campus provides students with modern facilities and technology, and the new Cascavelle campus features a brand-new sports complex with an Olympic size swimming pool, a gym, football, and a rugby pitch. 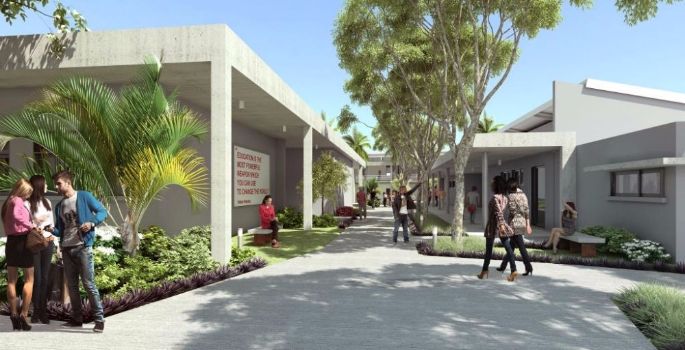 Knowledge-based Training Centre
The KBTC is a government project that started in 2008 by the Mauritius Institute of Training and Development (MITD) with the goal to set up an innovative training centre. The KBTC offers a wide range of courses in the engineering, hotel trades, and business administration department. Hairdressing, beauty therapy, and body massage courses are offered, but at the Certificate and Advanced Diploma level. The KBTC is positioned to become one of the biggest Training Centres in the Indian Ocean region. 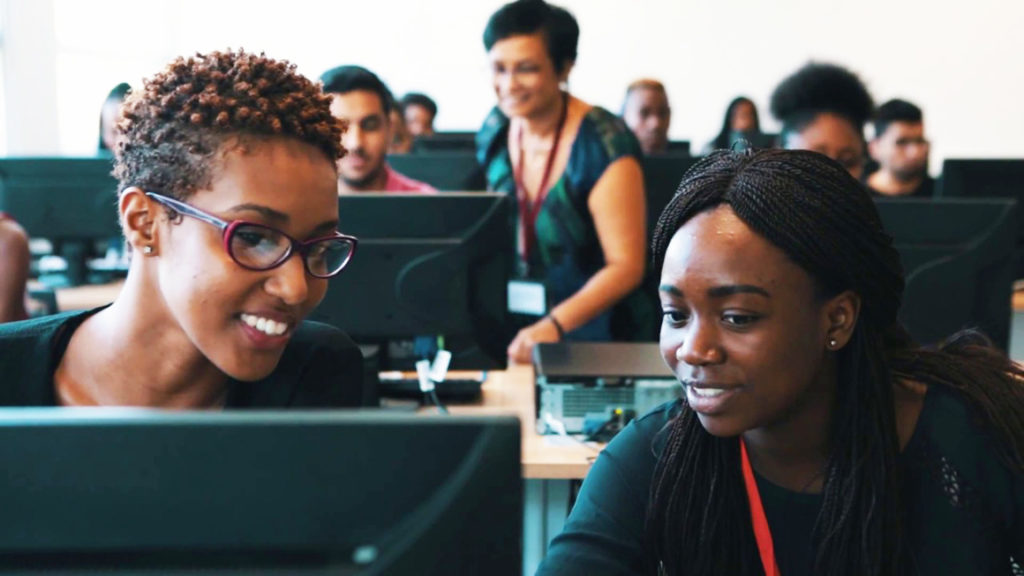 Vatel Hotel & Tourism Business School (Mauritius)
is a reputable institution and has been present in Mauritius since 2013. It offers undergraduate and postgraduate courses with a focus on international hotel management. It has a high success rate (96%), and with its superb reputation, it guarantees a thriving career in the hospitality industry to its students. Vatel has partnered with prestigious hotels in Mauritius and offers many practical courses in four and five-star hotels in Mauritius.

London College of Accountancy (LCA)
LCA is a professional training college with a focus on ACCA courses, which are offered throughout the year by experienced lecturers. It stands out because of its platinum-approved learning partnership with the Association of Certified Chartered Accountants (ACCA), as well as its high pass rate at the international level.

African Leadership College (ALC)
The ALC is the Mauritian inaugural campus of the African Leadership University. The first academic year started in 2015, bringing 173 students who officially registered ‘ a number that nearly doubled by 2017. The undergraduate degree programmes offered at ALC are actually offered by its academic partner, Glasgow Caledonian University, and have been carefully selected to reflect the upcoming industries in Africa.

“Education is the best friend. An educated person is respected everywhere. Education beats the beauty and the youth.“
~ Chanakya